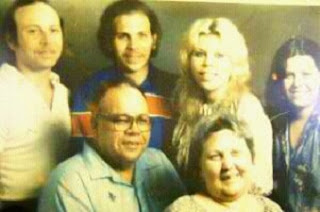 One of the things that Dad was most proud of showing off to people was how quickly he could muster the family to gather. He has been dead now for nearly twenty-eight years, and so has the family unity that died with him. It didn't have to die, but it did.

I think the erosion of the family was mostly due to regret. I cannot get into the heads of people, but I can listen to what they say and observe what they do to figure out if they are being honest. If they say one thing, and then do another thing, they aren't being honest. It isn't rocket science; it's human behavior. Actions generally reveal more about people's motives than do words.

Though Dad had a great relationship with all his children, he and I worked more closely than he did with my siblings. I started working with him before any of the others did, and I stayed working with him longer than my brother or sisters. That means nothing in and of itself, but it does lend credence to me knowing more about our father's intentions regarding the business than they did.

If Dad heard of a problem in the family, he would get everyone together, and he would put the problem on the table for discussion. Things got cleared up that way. However, it was shortly after he died that my brother's wife claimed to know what my motives would be "now that Dad was out of the way." I told her to shut her mouth, and told my brother to tell her to keep her fucking nose where it belongs.

I suggested a family meeting, but others suggested that it was said with the pain of losing her father-in-law, and wanted to sweep it under the carpet. From there, the carpet began getting really lumpy as matter after matter was swept under it to avoid discussing things that could lead to arguments. My brother didn't want to get involved. He felt caught in the middle. He was. It wasn't my fault he was in the middle; it was his fault he was there. That's where he put himself.

It makes no sense on a dynamic level. The best way to keep pressure from building to a dangerous level is to release it before it reaches that point. That can be exponentially beneficial if the released energy is harnessed and utilized to accomplish something. Even in the metaphor of the carpet, the best way to keep it clean it to beat the dirt out of it.

Along the way, my motives have been questioned several times. The most common ones I heard about were my suggestions regarding Mom's home. I suggested twenty years ago that she sell both her house and the one my sister lives in, and buy a duplex. They could be in one-level homes, and could help one another. We could deal with the accumulations at the same time. Somehow that got converted into me trying to force Mom to sell her homes against her will. Since we could not sit down and discuss it together, the discussion was conducted in individual conversations with people saying what other people said, and pretty much doing everything else that could be done to screw up communications.

It was all blown up again about eight years ago when I suggested that I get a home that would accommodate a wheelchair, and that got converted into me trying to steal her house to get one for myself. Apparently, it was sufficient to warrant some behind-the-back accusations, but nothing that they might have wanted to confront me about. Also, whatever it was that they thought I was stealing and doing to rip her off, it did not warrant any attempts by them to get me out of the house.

I was her care giver. It was not official, but whatever she needed done that no one else would do was my job. Some people saw it as mooching. After all, if I could afford to buy a home, why wouldn't I help Mom more with her home? Of course, the idea they floated that we could all pitch in when it was an argument seemed to fade into the other thought of it was my job as they realized that no one really intended to pitch in; they only wanted to take Mom's side in the fight.

Mom and I never fought.

We sometimes disagreed, but we never fought. We sometimes argued, but we never fought. One of the things that we disagreed on and argued about was getting the family together to resolve problems rather than continuing to sweep the problems under the carpet. Whatever happened after that happened. The result was Mom affirming that she would be moving in with my sister, and that the plans were made. After letting her know that I do not know what plans were made, and that the plans cannot include me if I am not included in the planning, she said she was moving forward with it.

I am fine with that. I always tried to help Mom accomplish her wishes, but, quite honestly, I know there was talk behind my back in the family. Regardless, Mom was an adult and I respected her right to make decisions, even if I disagreed with the decision.

Mom was really sentimental, but she carried it too far, in my opinion. It is one thing to keep a family heirloom to pass onto heirs, and it is another thing to keep a broken coffee pot in case someone in the family wants it. As for the heirlooms, I suggested she dole some of the things to those she wanted to have them, but she wanted to keep almost everything so we could go through some methodical plan of transition that, for some reason, did not include keeping the stuff dusted. In nearly twenty years, we could never find an afternoon to just go through things with her, even if it was only to dust it off.

Oh yeah, if no one else does the dusting, that was supposed to be my job.

I imagine that it is not uncommon that mothers and sons don't share the same interests as much as they enjoy being around one another. That was a sacrifice she made and I accepted. There was no way that I would be spending as much time with her when we lived in separate homes as we did when I took care of her living in her home. To suggest any other outcome would require me to never go to my home, or Mom to never go to hers.

It is simple math.

With Mom's entombment a day away, the family finale is nigh upon us. What might have been done for her benefit can now only be done in her memory, a sentiment similar to enshrining that broken coffee pot to help them remember Mom. That won't be me, by the way.

If we have not resolved our differences because the truth could not be confronted, or to pretend that silent knowledge is the same as neutrality, then the only reason to do it now is to worship that broken coffee pot. If you questioned my motives based on one-sided claims, please feel free to continue doing so. Your opinion of me is neither my concern nor my business.

One of Mom's philosophies that I accept as truth is that we should always forgive but never forget. I wish everybody in the family only the best -- even if we've argued and have unresolved issues. However, that does not mean that we should sweep the past under the carpet. Those days are behind me. Anyone who feels I am divisive, thinks I like to start trouble, or believes I took unfair advantage of my parents will not only not be burdened by my acquaintance any more, but, in return, I will not be burdened by theirs.

We are now free to pursue our own goals and objectives without fret about who is taking advantage of whom, and whose job it is to make certain it is done fairly. That duty is clearly defined.

As has been the case, if my input is wanted, it can be asked for. I no longer presume to know what the plan is, nor what is needed to execute it. I expect it will be handled properly, but, so far, whatever the plan was to get mom's house cleaned up seems to be a transfer of the mess to my sister's house. Hopefully, the heirlooms will be distributed fairly, but that is somebody else's cross to bear now. I was relieved of that duty, and it is a duty.

I will miss Mom. She had such a beautiful smile, and she wanted so badly for us all to get what we wanted. She and I were business partners, we were neighbors, and we were friends. She did not like the way things were going at the end, but it was in her nature to always be somewhat dissatisfied with something. It wasn't a huge flaw. It could be funny or frustrating taking her to the store, and hearing for the third straight trip that she isn't paying that price for something. Even through the complaining about the changes she was forced to endure along with everyone else, her overall disposition was sunny and cheerful. She was kind and considerate. All of my friends who met her love her.

We will entomb Mom at the family finale tomorrow. After that, besides the continued relationships with relatives who chose to resolve issues with me rather than sweep them under carpets, there is only some minor business to resolve with some fellow heirs. Dad would call a meeting to resolve the problems, but Dad would have called many meetings along the way to resolve problems as they arose.

Mom always hated carpets. She contended that they hid dirt. She was correct about that, of course, and especially so if the dirt isn't beaten out of them occasionally.

* * * * *
Other posts you may enjoy:
Remembering Mom: She Knew Her Tomato Plants
Yvonne Koecke (1935-2020): Third Eerie Premonition About Death Came True
A Depressing Tale of Empathy
Is Not Caring Anymore a Mental Health Issue?
on May 14, 2020 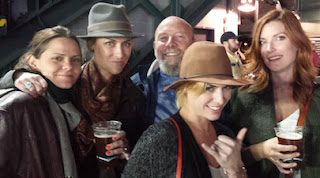